Within the Jinenkan heritage, we have eight lineages or Ryū, commonly referred to as, Jujutsu (but specifically, Kobudō). The term we use for our unarmed arts is, Taijutsu. This literally translates as - body art, but for better understanding, we often use the term, Jujutsu. The term, taijutsu, was first used in the 17th century and is common to Japanese martial and historical scholars.

We train our kihon - fundamentals, composing of: break-falling, strikes, kicks, throws, locks, chokes, flesh grabs, nerve attacks and very importantly, ground fighting (the basis & origins of modern day - BJJ). We progress through the different Ryū's (clans) densho (scrolls of techniques), in the order they are written. As we progress, the mindset, strategies and logic behind the formulation of the Ryū become more apparent. This opens up a whole new paradigm and appreciation. Weapons training is also studied alongside our taijutsu, as each type of movement is often interchangeable with the other. In total, we have seven taijutsu schools, three weapons schools, one rarely seen, street fighting system for facing western boxing and two schools that incorporate both unarmed and weapons techniques together in their densho. 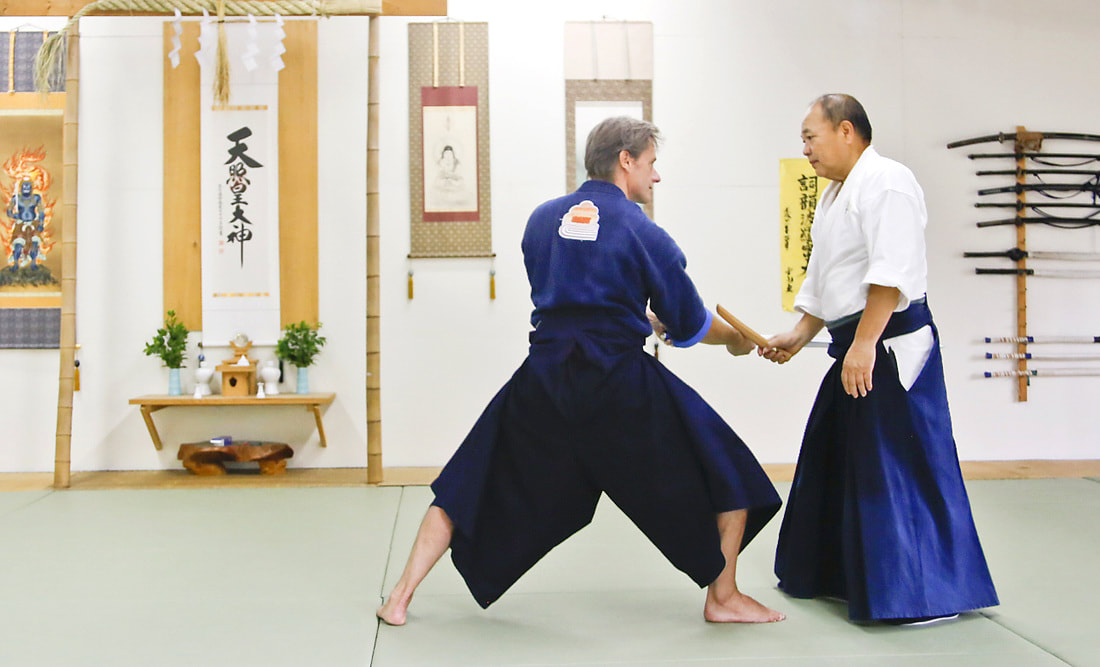